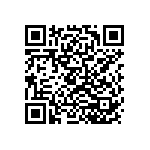 Counter Fire – TPS shooting game, a legend, war hero all alone on the secret mission to take back control from militants. Prefer to stay alone? Then step into the exciting solo play mission as you make your way through one terrible situation after another to save your country as you launch a secret hunt against the militant’s savage plans. Be the best action shooter in this best action game. Fight for survival as a counter terrorist SWAT team or be the anti-terrorist leader and remove threats.Features:Customize Controls:In this Counter Fire – third person shooting game you will be getting intuitive and highly customized controls. This action shooting game is a TPS game where you can take back controls from militants. This best shooting game is simple to play, controls are easy but missions are quite tough and full of shooting thrills. Wide variety of weaponry is available in this free action game. Intense campaign mode:Play this Counter Fire – real offline shooting game full of adrenaline rush. Engage in fast pace story driven missions where you get engaged in intense shooting battle for variety of third person shooter challenges in this free shooting game. This is advance level of FPS shooting game CODE OF LEGEND with new TPS third person shooter controls.Hundreds of thrilling missions:There are uniquely designed, thrilling missions with all shooting challenges in this free fps game. Create your own mission plane and find out your way through shooting in this best military games play. Experience intense SWAT operation in the free action games 2019. Fight for survival and to dominate your enemy by showing your best action games skills in this counter fire game.Best TPS game ever:After best FPS game, Code of Legend, this is going to be the best TPS game ever with innovative mission design, intensive action, incredible simulator and modern guns make this a best FPS survival game. Make a plan to win in this best offline shooting game. Take cover and then shoot your targets. This is lot more than what you got in action games 2019.Play it anywhere:This Counter Fire game is basically a TPS shooting game where you can choose your plan, missions, weapons and enemy to make a victory. Use your gorilla commando skills to compete against the unconventional war against the SWAT military. There is this best 3d third person shooter game in real time in action games 2019. This is totally offline shooting games play you can play it anywhere.After Code of Legend FPS shooting game, Gameflag proudly present a new TPS world war army game for you. Cutting edge graphics and story driven missions is going to make your time full of thrill in this free shooting games. We are going to take you to next level of fun of this TPS shooting game of 2019. You are playing the role of female commando in this free shooting games. Your mission is to save your country from these enemy in this army war game best of shooting games. You need a plan and shooting skills in this sniper game to win. There are hundreds of strategic missions in this world best shooting offline game for free. Get ready to show your action skills in this best action-packed games where you are doing endless sniper and shooting missions. If you were looking for commando shooting games where you get best action then this this Counter Fire TPS shooting game. You have got this your favorite action game 2019 here. Complete all missions to become number one commando in this new commando game.Handy controls of this TPS army game can get you the best action game thrill. All UI buttons are in gameplay screen of this world war games. Health bar and remaining ammunition would be showed in this shooting new games. In this shooting game you can fire manually only not like Code Of Legend, which makes it real shooting game. Take aim at enemy and shoot to win in this gorilla commando game. A very entertaining new shooting game with thrilling mission story!
Counter Fire - TPS Game 历史版本